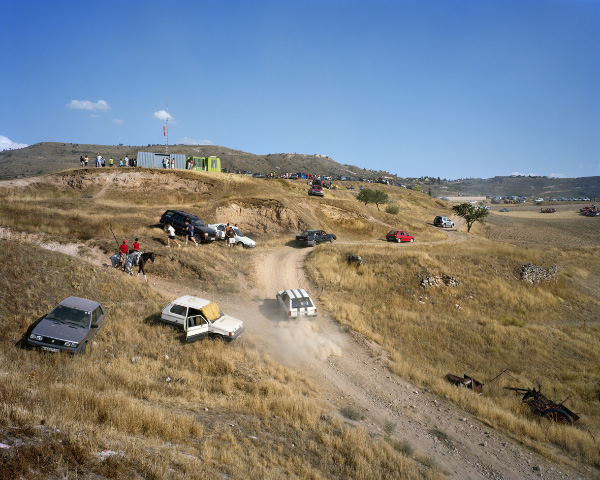 The «Perímetro» series is a photographic exploration of the territories contained within an imaginary circular map with its centre in the capital of Spain and a radius of 150 kilometres. The collision between urban and rural landscape is the main thread running through a work that reflects on the interaction of human beings with natural spaces. In order to do this, Custance uses aesthetic resources that come from 19th century landscape painting and from neo-documentarism, an emerging trend in contemporary photography that studies, in the manner of social anthropologists, the signs and traces that define present-day society.

As presented by the author, the city of Madrid acts as the epicentre of a metaphorical earthquake whose damaging frequency extends across the areas surrounding it. The degree of damage suffered by the landscape with its proximity to the urban nucleus, while its traces become more blurred as we move away. 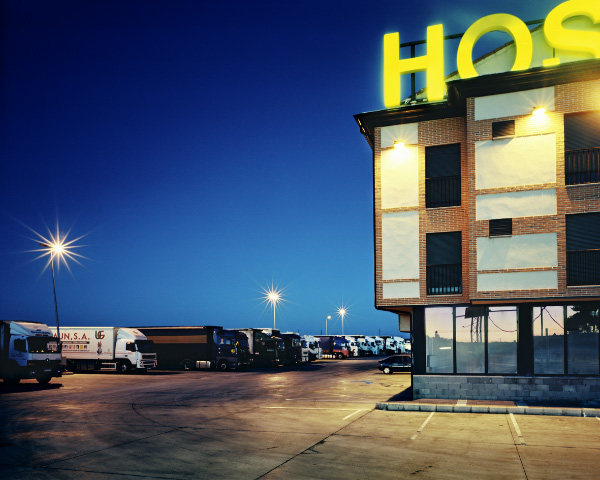 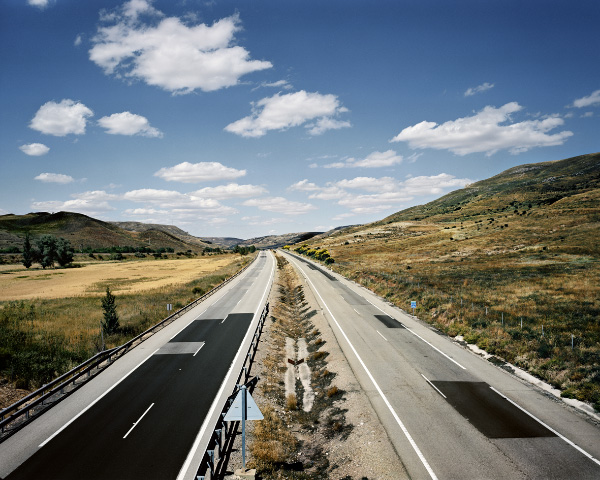 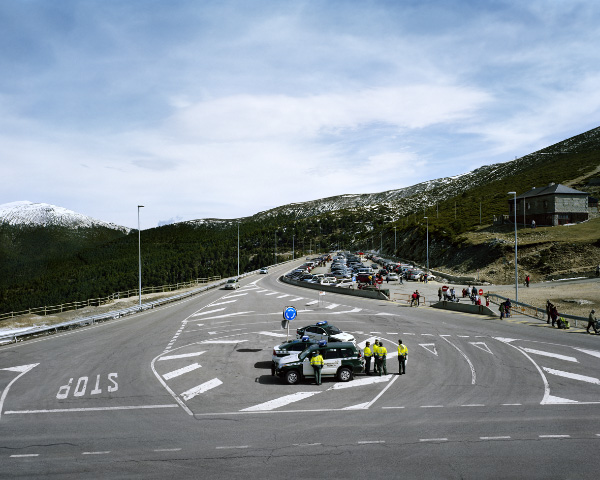 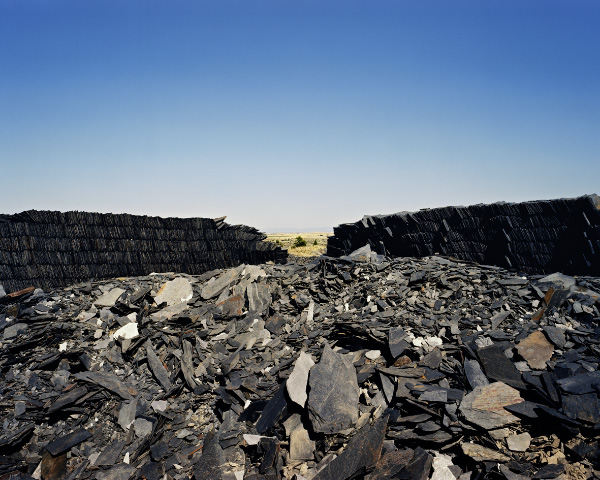 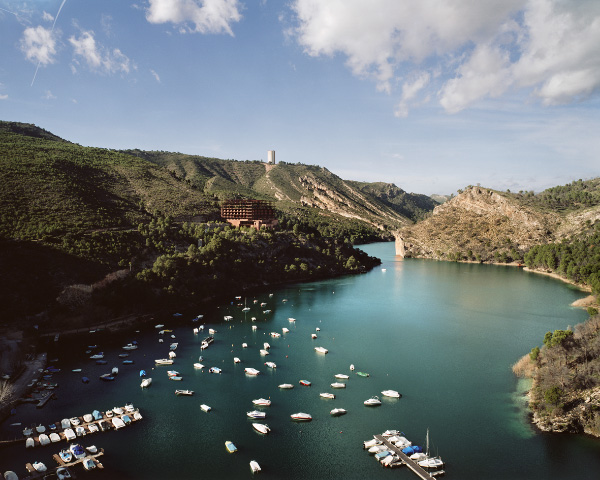 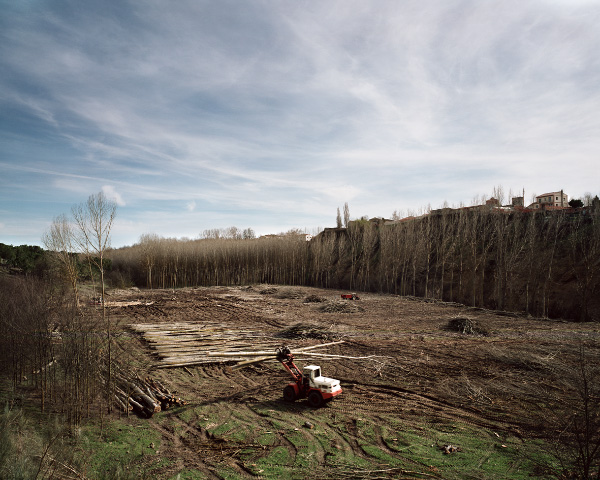 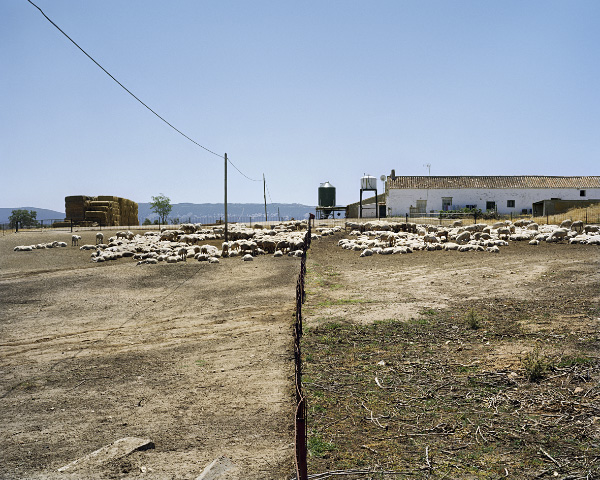 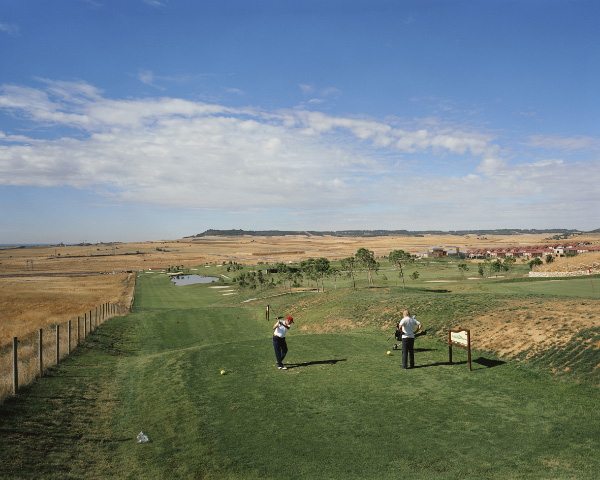 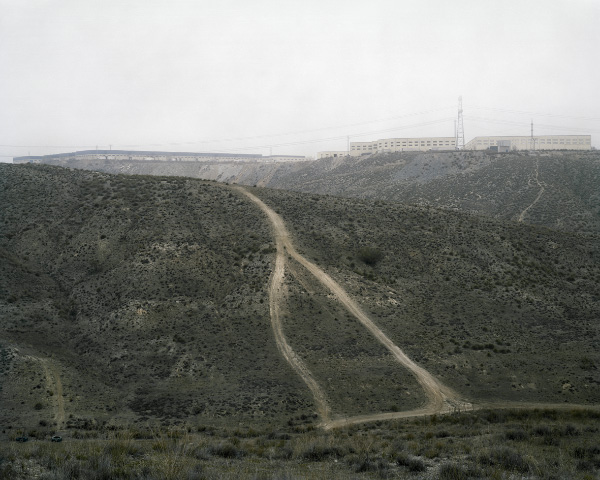 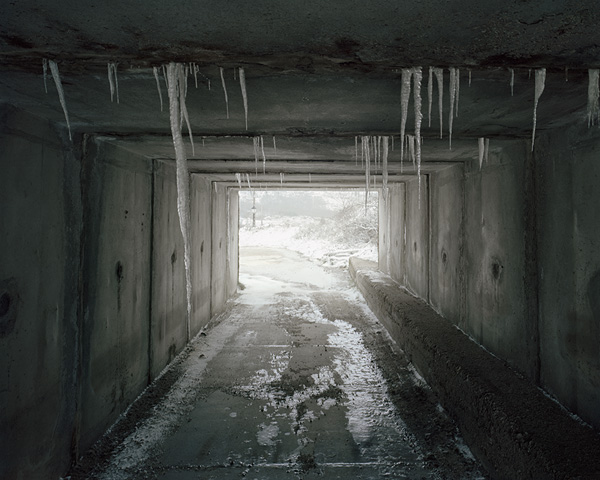 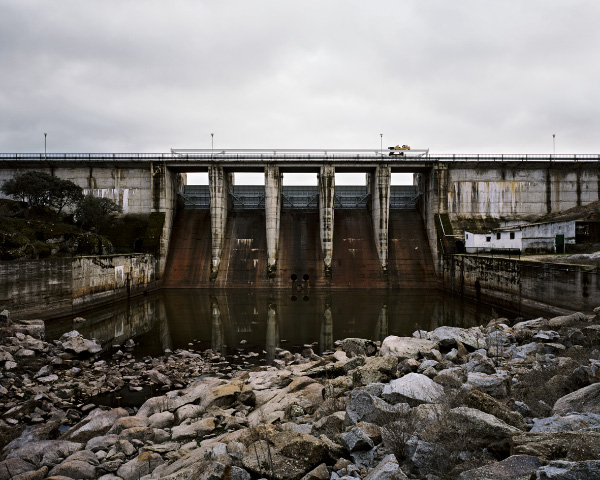 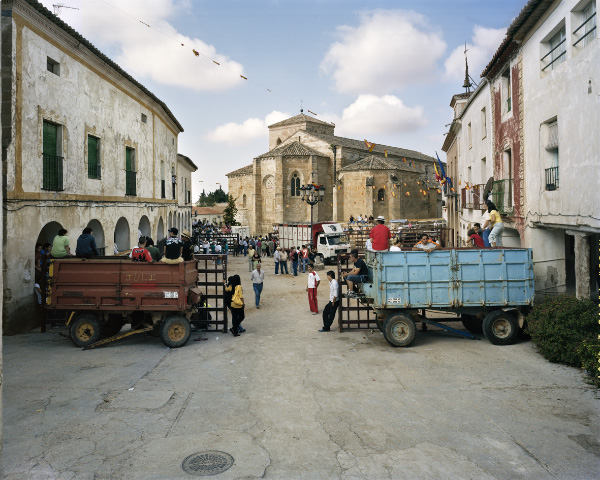 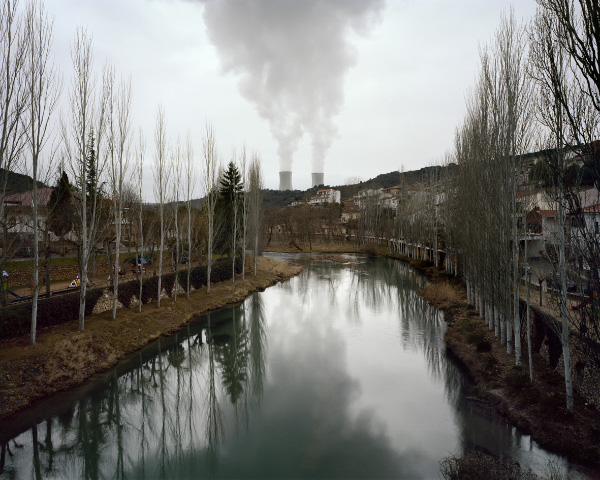 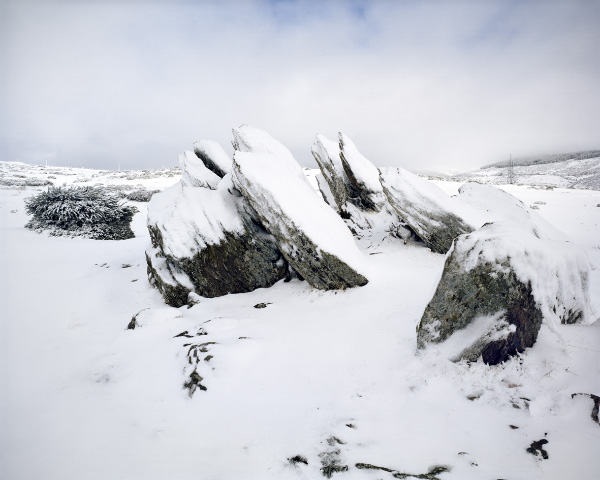 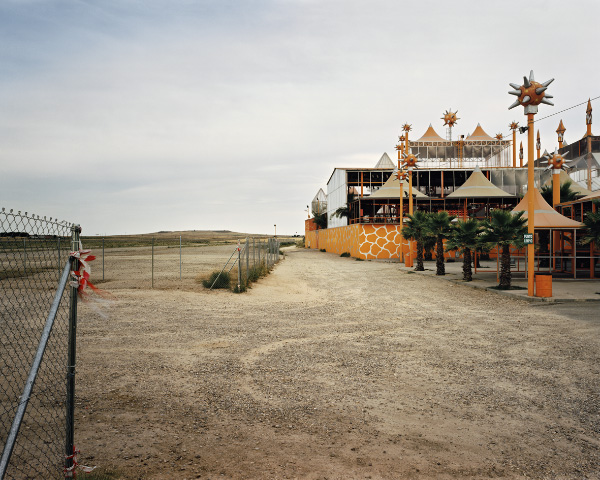 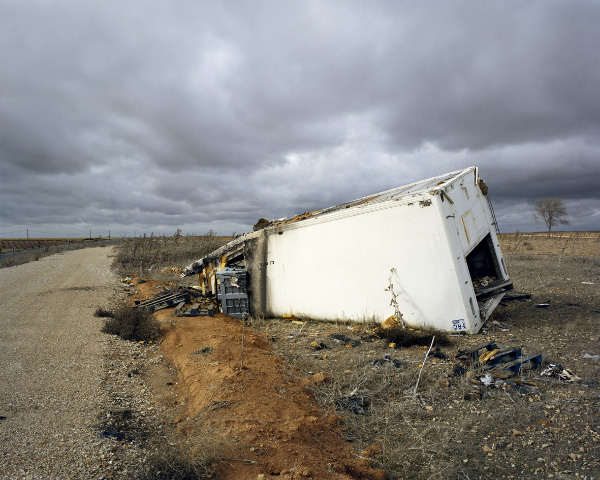 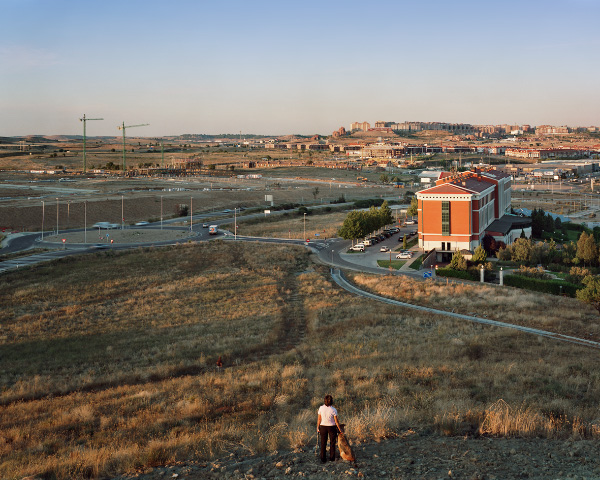 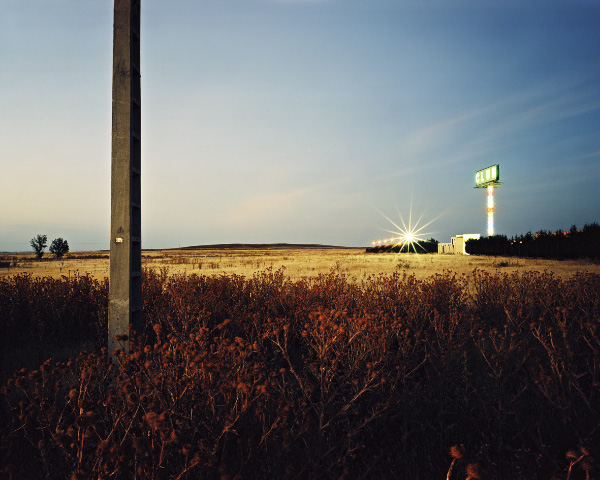 Gerardo Custance proposes a visual approach to this entropic universe that starts from individual experience, showing a certain melancholy for the enriching interaction – almost metaphysical in style – that human being has always established with nature. In the face of the speed that characterizes today’s society, Custance adopts a slow tempo, a metaphorical echo of the act of walking with no fixed direction, acting upon intuition and stopping to watch and listen to de murmurings of landscapes. In turn, he asks to the spectator, as did the landscape painter Caspar Friedrich, to dedicate to his work the calm sustained deepening of vision that leads the contemplation. Then, Nature itself seems to show as the paths to follow with our eyes or our conscience.

Though far from the romantic spirit of Friedrich, Gerardo Custance aspires in his photographs to reveal, or rather to recover, the sublime fragments of nature without using fantasy; relying solely on the hyperrealism of the image to reveal his thoughts. There are neither ecological messianic indoctrination, nor symbolic elements to guide our interpretation towards a fixed story. There is a desire to prolong the contact and the proximity of the viewer to his hybrid landscapes with flashes and residues of progress. He seem to suggest delaying the reading of the image, to activate a critical distance from that which is represented.

These photographs are questions about the lands of intersection that result from the bursting forth of urban infrastructure into natural spaces. The causes of such rapid deterioration have been widely described: the massive and irreversible displacement of rural populations into cities; the unbridled leisure activities that takes places just a few kilometres away from residential areas: the building of new road networks to facilitate and promote industrial development; deforestation, often uncontrolled, for the construction of new housing or areas of service industry… Interventions that our apathy makes us overlook and which are responsible for the degradation of a landscape whose limits were clearly defined in the recent past.

Gerardo Custance’s perimeter landscapes ooze silence and invite us to silence. But they are far from evoking the overflowing emotions inspired by beauty. Rather, he plays with his refined compositions in order to simulate memories of the classic canons of painting and make the primary meaning of his visions pass unnoticed for a few moments. Everything needs time. The works must earn their right to exist before they can aspire to widen the consciousness of the public. Reflections often flow with more spontaneity through rituals: that of solitary contemplation, for example. Perhaps this is the reason why takes his photographs with a large format camera: a device that is the antithesis of immediacy, demands slowness, precision and patience. Custance must hope that the light comes into a tune with his state of mind and composes a canvas that can trigger a complicity between the viewer and his own view. A view that talks critically with his environment and suggest the needing to recover human being’s essential relationship with the land that they inhabit.