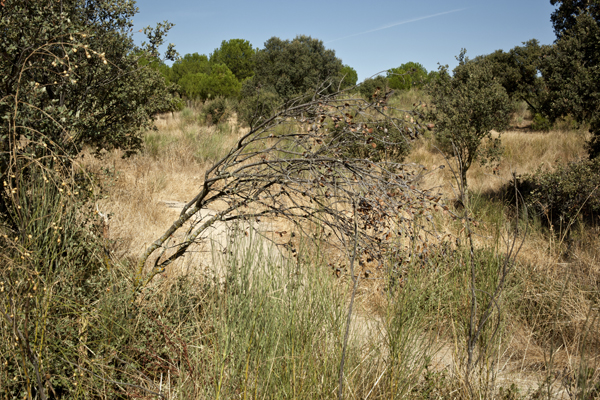 With a surface of 1700 hectares, five times larger than New York’s Central Park or London’s Hyde Park, Casa De Campo is Madrid’s largest woodland. Located on one edge of the city’s perimeter, and facing the Royal Palace, it once was property of the royal family, which used it as hunting grounds, until it got handed over to the citizens of Madrid during the Second Republic. On May the 1st, 1931, 300.000 citizens poured into the park to celebrate it; it was the first time in history that common people trod those grounds.

Since then, Casa De Campo has been a public park. 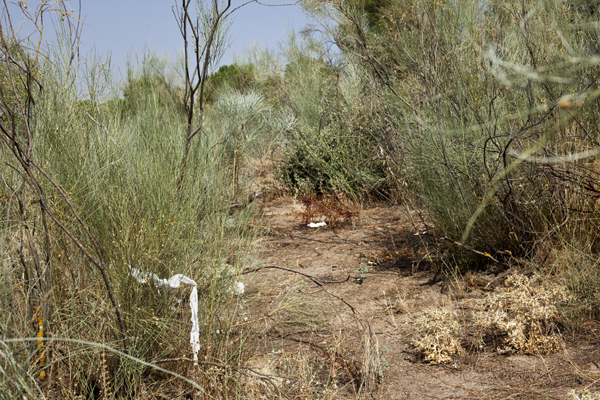 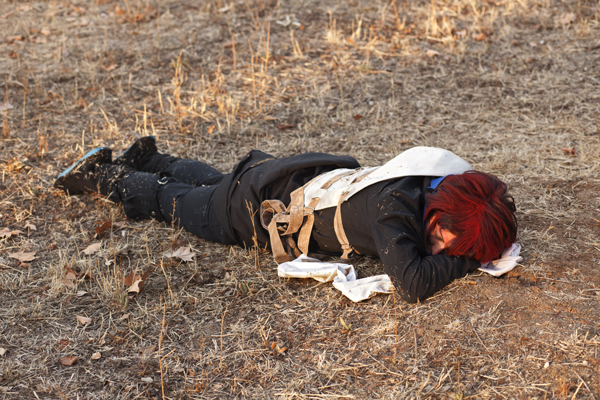 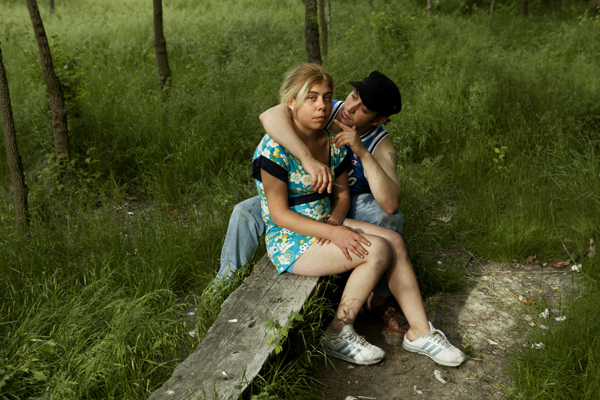 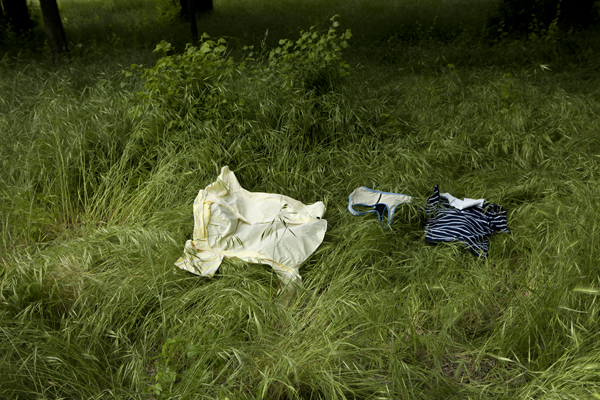 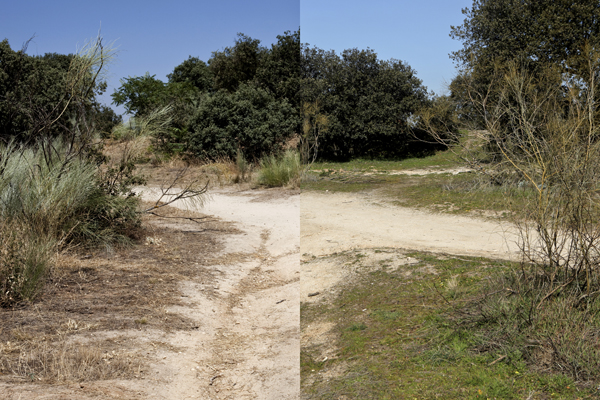 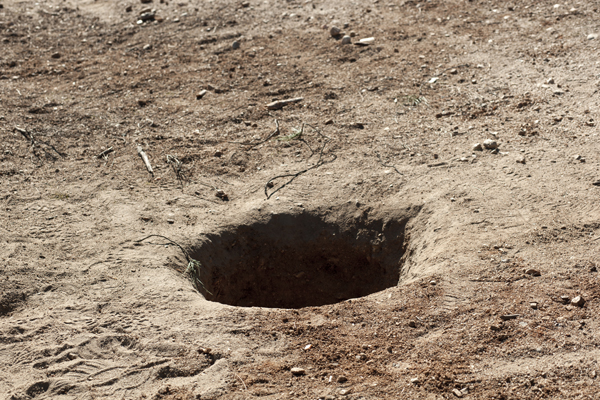 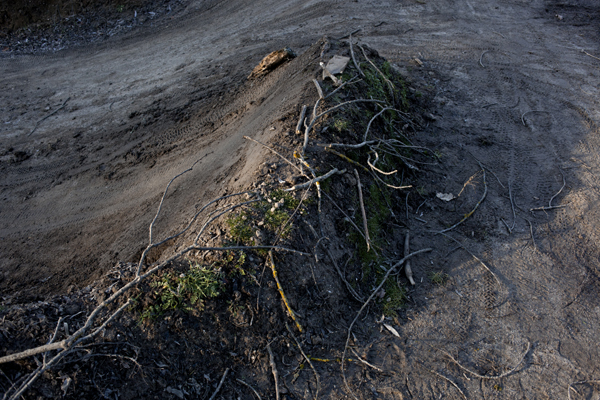 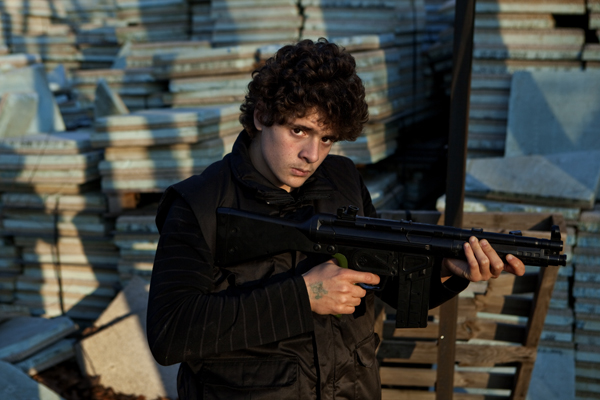 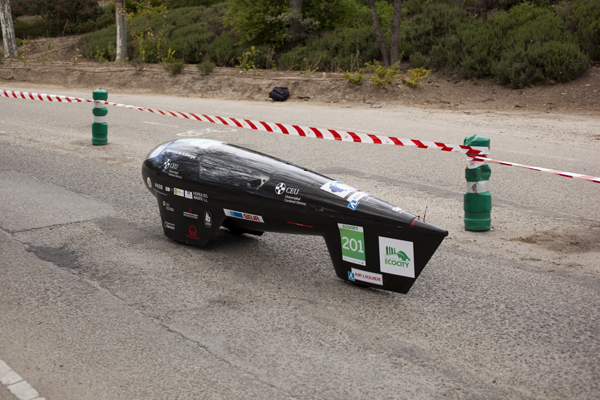 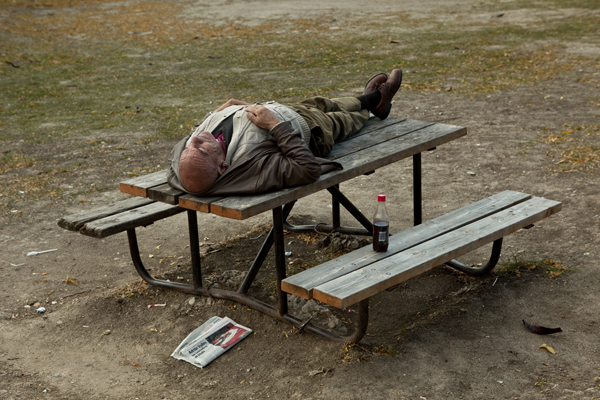 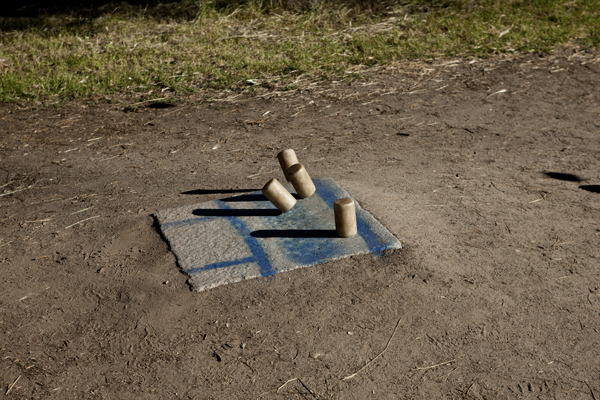 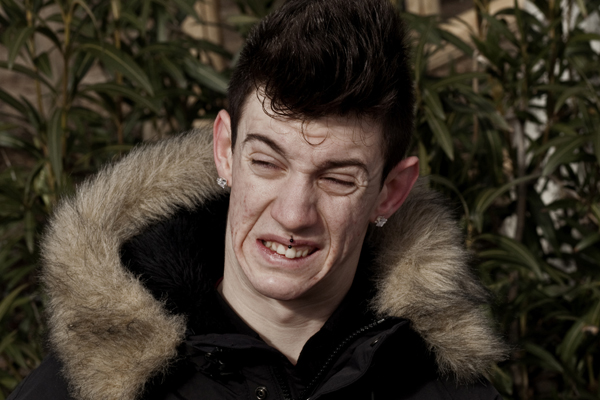 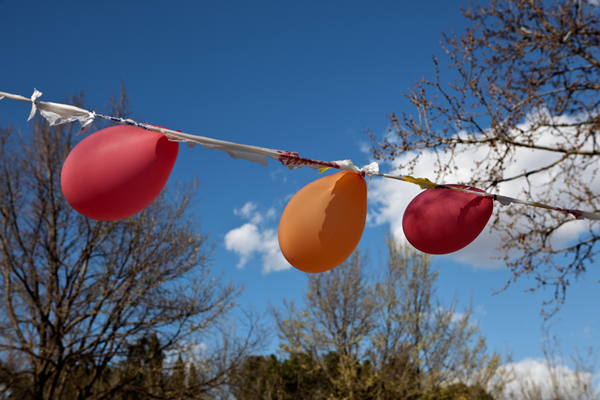 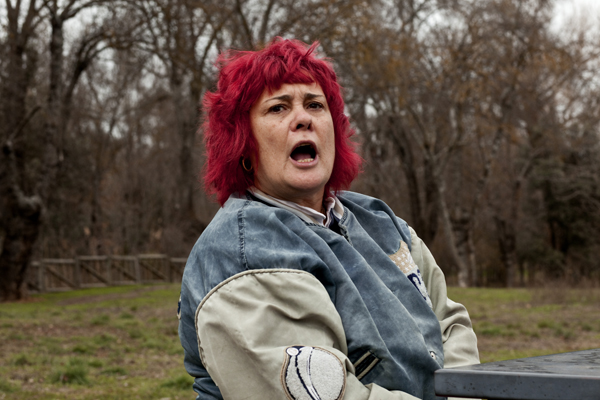 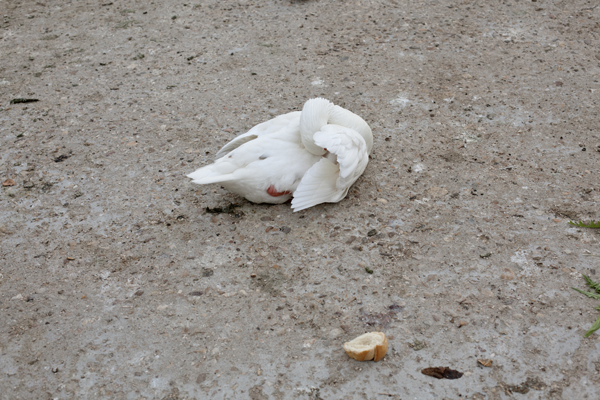 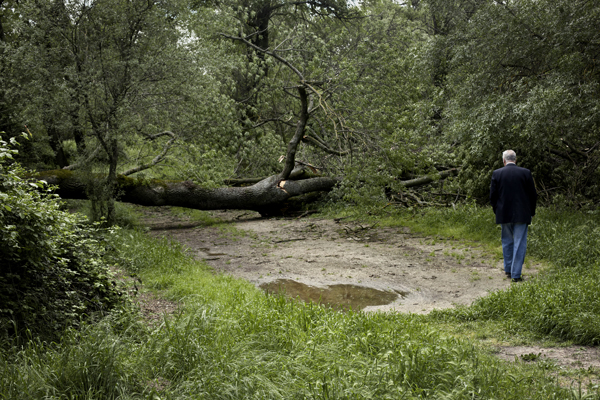 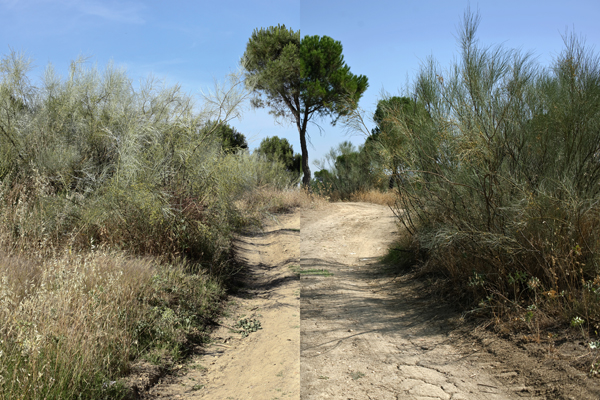 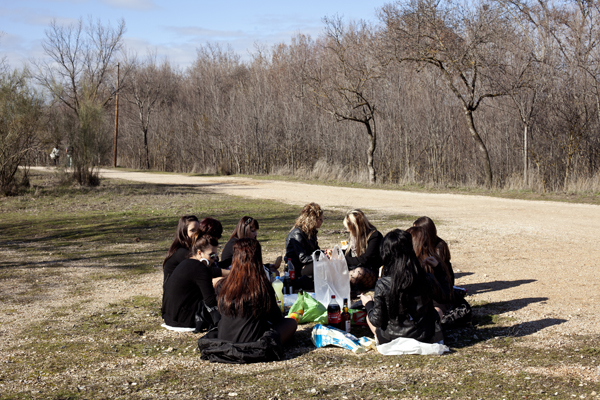 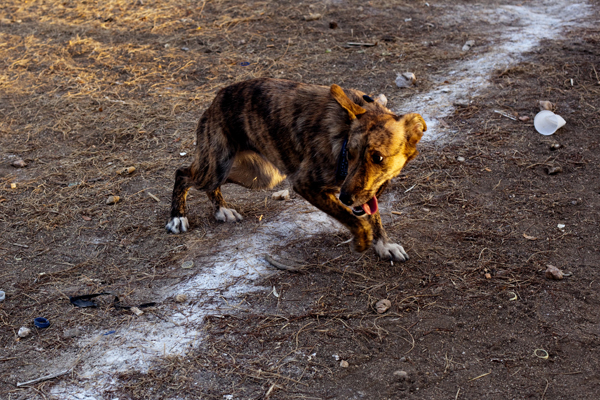 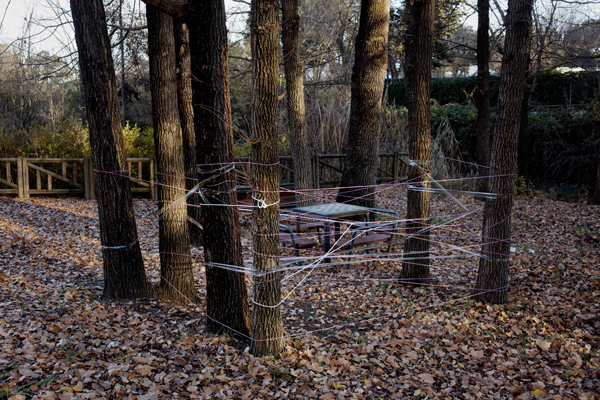 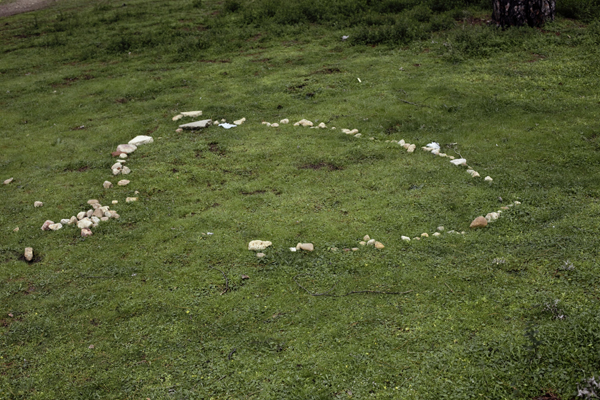 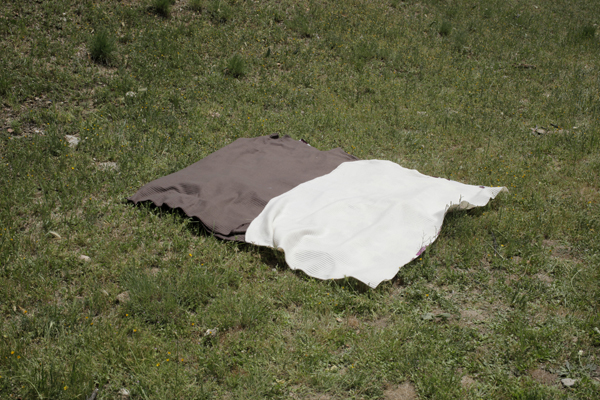 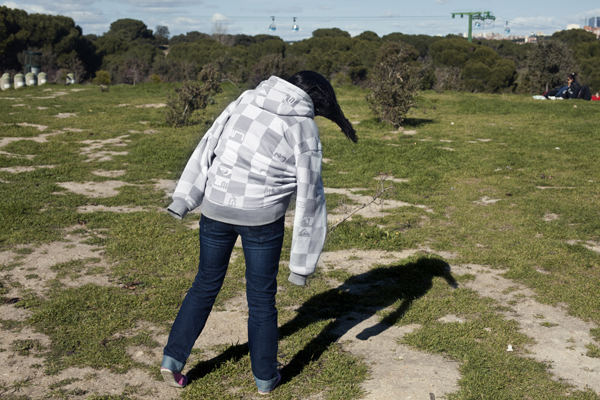 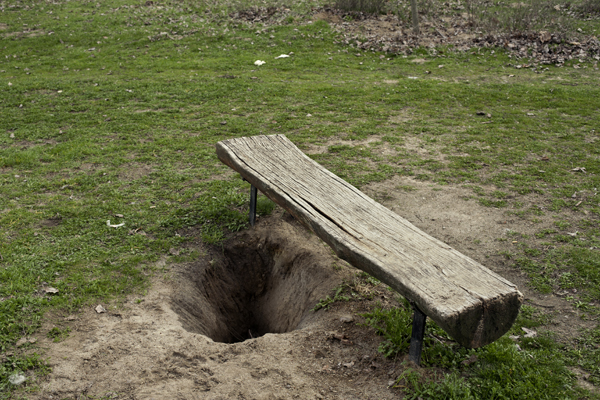 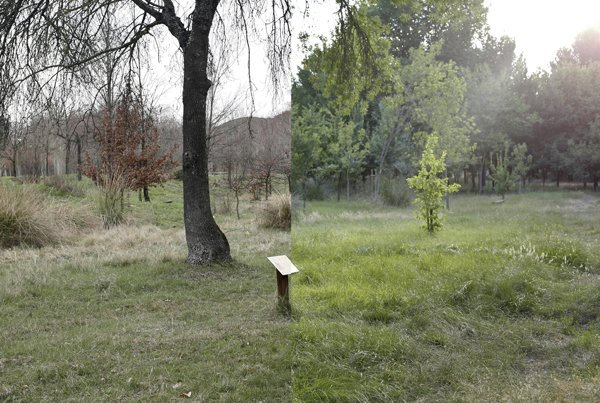 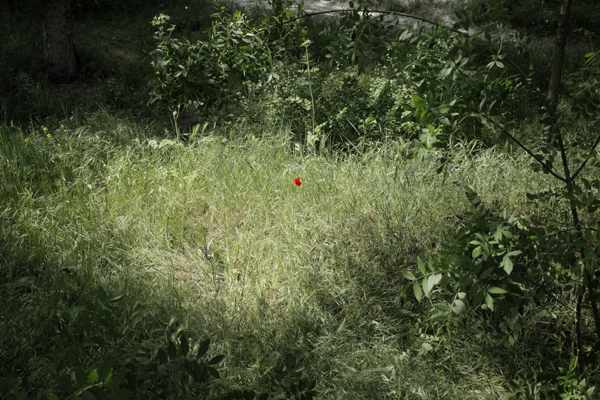 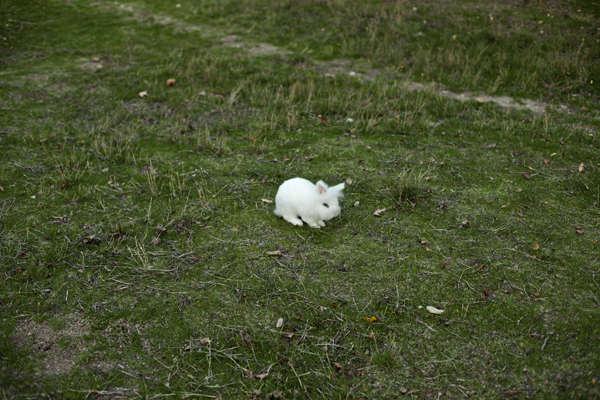 Almost totally closed to traffic, the park’s habitat offers almost all an animal species needs to prosper: calm, woods in which to hide, small fauna (rabbits) and water gushing out of its numerous drinking fountains. Thanks to these excellent conditions, Casa De Campo’s ecosystem is nowadays inhabited by an elusive, difficult-to-observe species, which we will now try to give an account of.

These wood-dwellers have been described in various ways, and witnesses themselves furnish us with different accounts. Some of them tell us about beings of translucent complexion, scarce height, and baleful look, although most of the sightings occurred while the subjects were fleeing, their back to the viewer, thus resulting in fleeting and incomplete impressions. The few photographic documents existing don’t allow us to draw any general conclusion. We don’t even know if they have a language, although due to their elusive nature it is not at all unlikely for them to have one, and that they simply avoid using it with strangers. They are suspicious, distrustful beings, and avoid being seen if possible. Nonetheless, we can always feel THEY ARE THERE. This simple strategy of not being seen , yet imposing their presence, is what has granted them survival, just as in the case of several unknown tribes of the brazilian Amazon.

As for their habits and social behaviour, the inhabitants of this wood tend to mind their own business, the nature of which is largely unknown, but is apparently deeply related to ritual and mysticism. They generally live in small family units, nomadic and not related to each other, although they might sometimes gather for certain rituals, such as mating, hunting or other weird activities. Due to lack of information, it is hard for us to understand whether they are good people or not.

The vastness of their environment, where they can meet kilometres away from the nearest inhabited place or beaten track, together with the sheer number of its nooks and crannies, allow them to carry out their rituals undisturbed. The remnants of such rituals are left scattered throughout the territory, signs reflecting an activity which researchers find difficult to interpret. For the researcher, the passer-by or the intruder, archeological finding always means the same: someone was here, somebody did this. Stuff happens here.

It is crucial to understand the dimensional nature of these beings: each and every translucent individual inhabiting Casa De Campo is in reality the obscure, uncertain and free part of one of the citizens of Madrid; the rest of that person leads a normal life as a system administrator or security guard, and he or she breaks up and reunites with his or her dark side by means of public transport, usually the underground system.

There are things that one has to do alone in the open air. We will not go deeper into describing such things: each one has his or her own things. In order to exist, these wood-dwellers need an area of social half-light which can allow them to interact with other individuals, just like a cinema, maybe a red-light one. With this in mind, their habitat proves to be ideal: a natural environment sufficiently isolated from authorities and above all from people. You can’t be raped in the Gran Vía, nor in the Himalayans. Here you can, and this is the condition this species needs to proliferate. In 1800, entering Casa De Campo was a crime punished by flogging (some 200 whiplashes) and something of this has remained. The inhabitant of Casa De Campo, already free of his or her vulnerable part, isn’t afraid of walking alone in the woods. Though threatened by the same danger, what differentiates the wild animal inhabiting the wood and the traveller afraid of going deeper into it is precisely this: its lack of fear.

It is said that the souls of the recently departed pass by Cerro Garabitas (a hill within Casa De Campo) before they leave Madrid. Yet some of them decide to stay, or maybe just never make up their mind and linger there, just as beggars near bus stations, that started asking for money to buy themselves a ticket somewhere and then forgot why they were asking. Such souls are condemned to dwell in the purgatory of Casa De Campo for eternity.

And all they want is to be left alone. Text © Luis Lopez Navarro

Antonio M. Xoubanova is one of the founding members of the Blank Paper Collective. Based in Madrid he studied photography at The School of Art and Design.

He has received numerous grants and prizes including the FotoPres’07 from La Caixa Foundation to develop his project M-30, a grant from the Ministry of Culture and a prize for documentary photography in ARCO’05. Xoubanova’s work has been published in The New York Times, El Semanal and he has been working regularly for El Mundo since 2006. This is his first book.