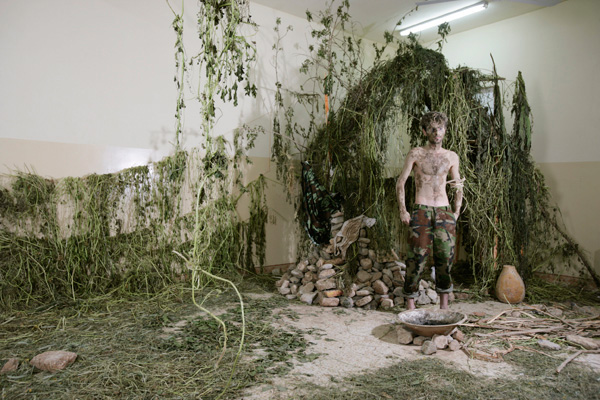 Ixone Sadaba – Bilbao, 1977 An image or likeness, a slight, unreal, or vague semblance of something, imitation or substitute,superficial likeness, a representation of a person, graven image, idol or god.

San Augustine first, and later Voltaire denounced the morbid curiosity of the viewer, and the way we aestheticize other´s misfortune turning the wreck into an icon; Goethe, in the still smoking Battle of Jena remained totally silent, a silence that some called “prudence” ; Hegel thought it was possible to raise the murderous injustice of human nature to the rational level, in order to find in the wreckage of the battle, the famous reason in history; Schopenhauer thought, however, that the vision of such unhappiness could lead to the expression of the sublime; closer to our days, Burckhardt saw in this situation the more radical token of the possibility of history as knowledge: “We want to know which is the wave responsible for the wreck, but we are actually that wave.”

It was Lucretius who invented the philosophical image of the “shipwreck with spectator” at the beginning of his second book De Rerum Natura.

At the scene of shipwreck and the sublime, the viewer has no real experience of evil and so feels pleasure and joy. He just gets ust exactly one simulacrum, the image of someone who is agitated and in whose figure it would be indifferent to recognize oneself. 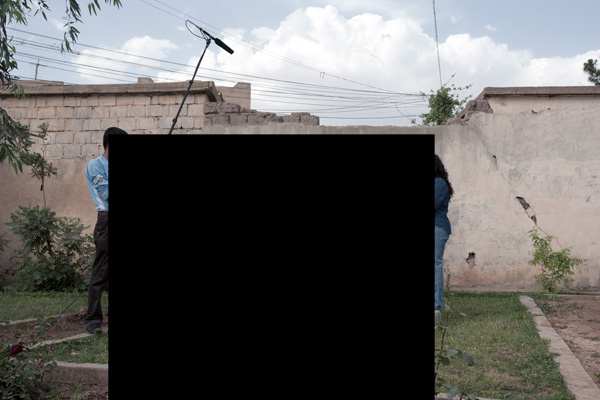 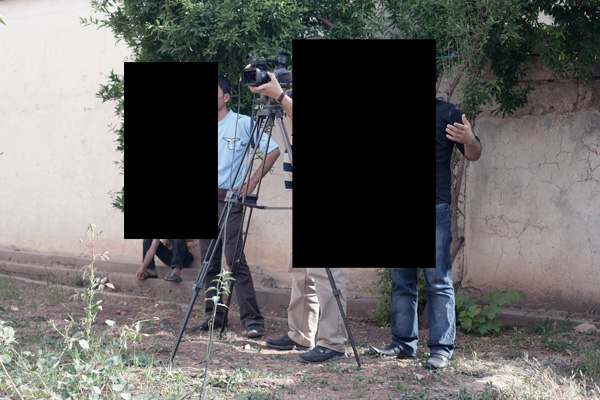 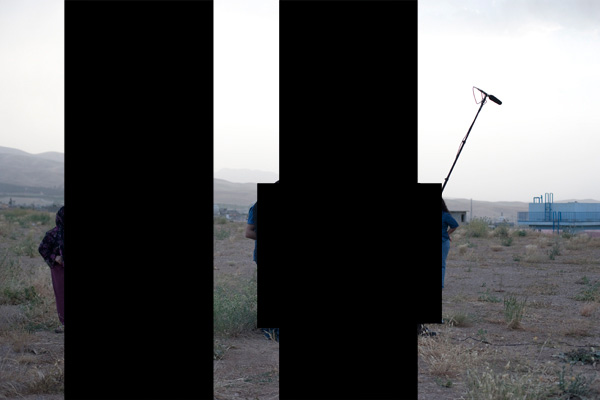 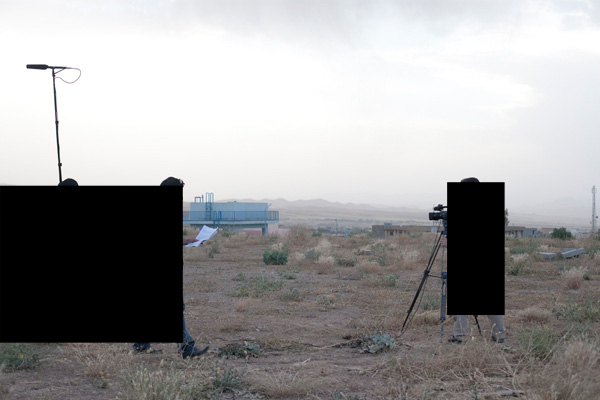 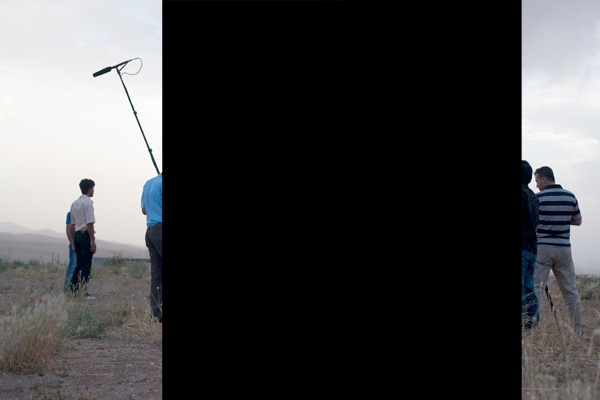 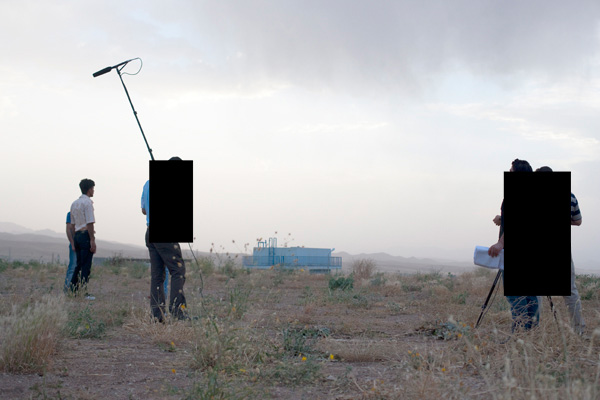 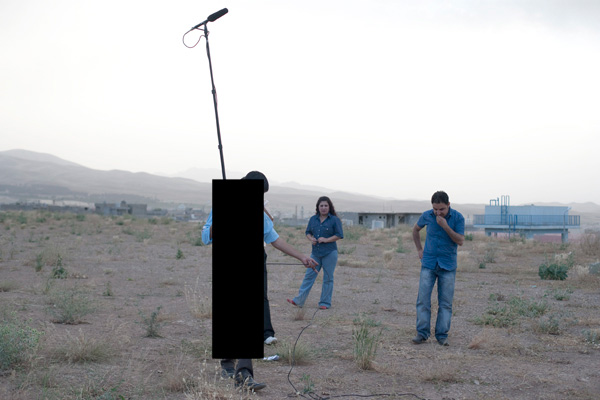 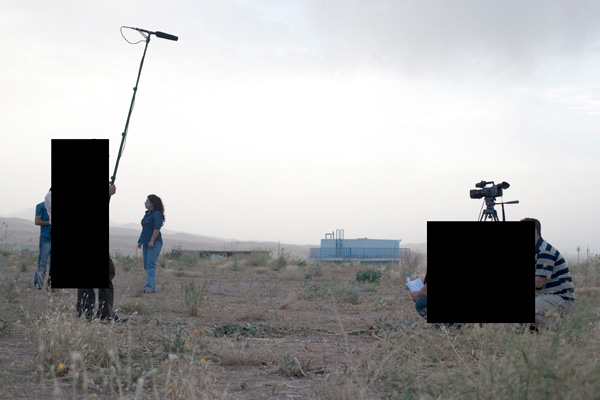 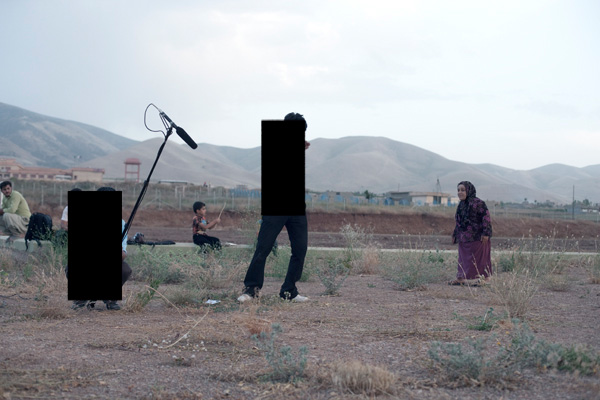 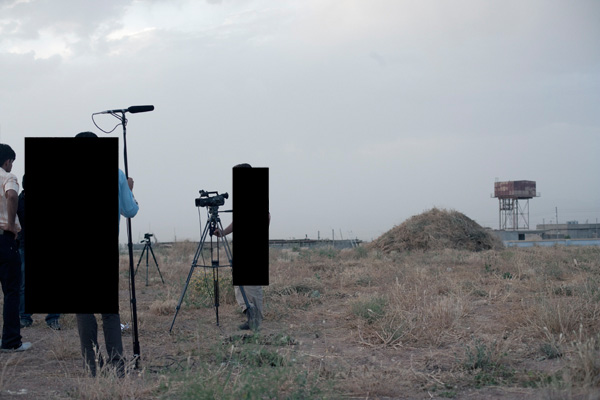 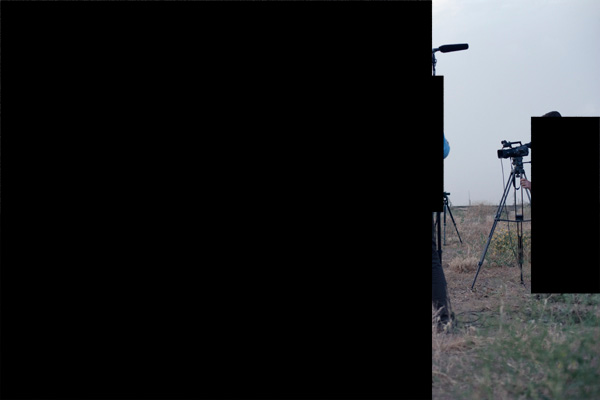 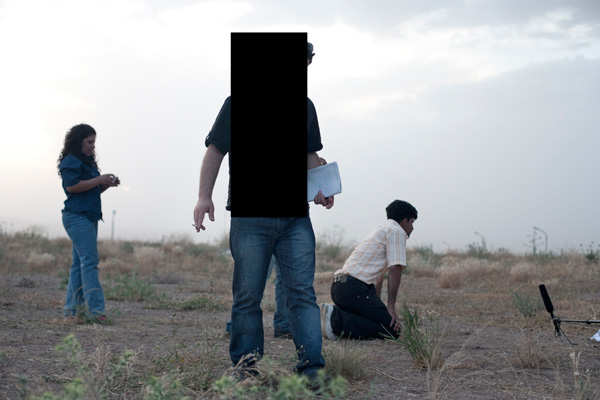 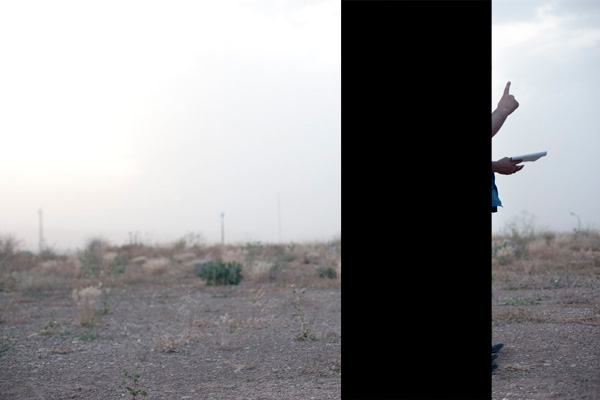 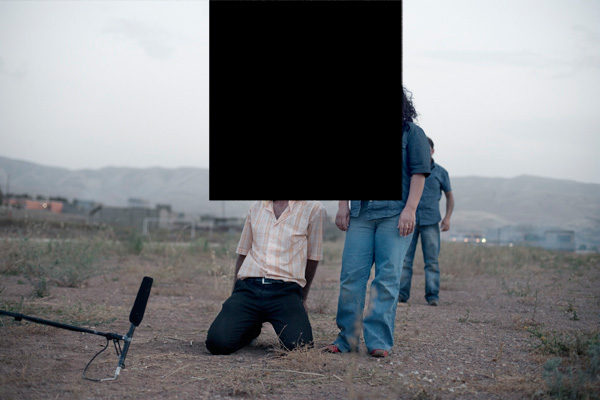 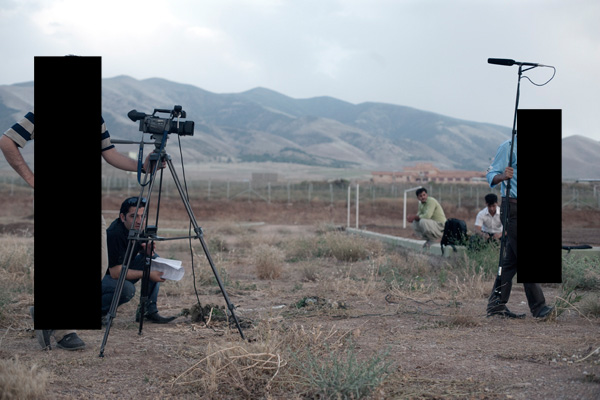 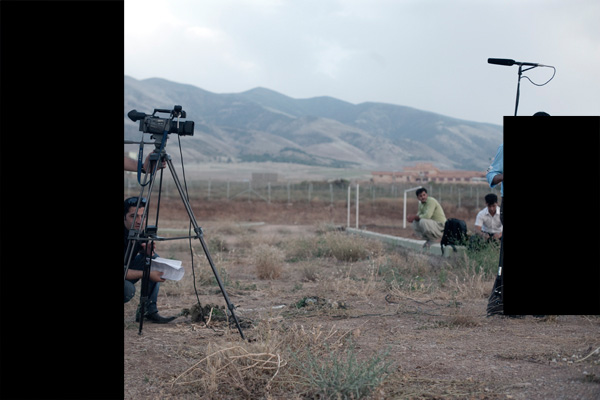 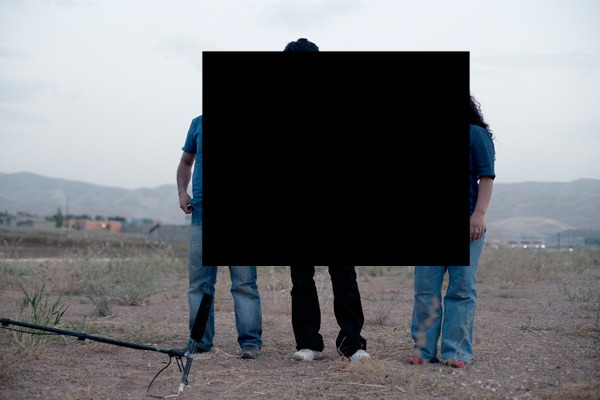 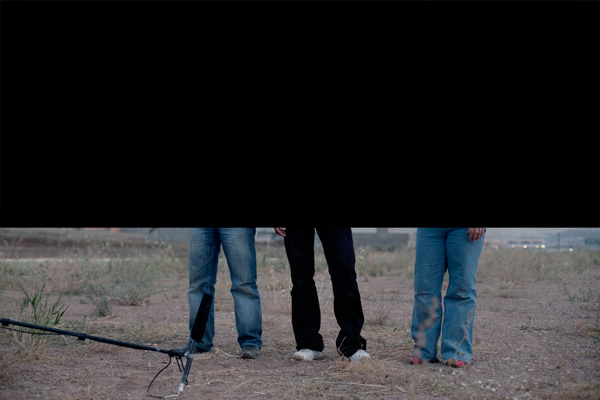 Shot in Iraqui Kurdistan in 2009, “Shipwreck with Spectator” is the photographic piece that documents the filming of a free Kurdish version of the theatrical play “Offending the Audience” by controversial Austrian writer Peter Handke (1966). Often considered an anti-play because of its renouncements of theatricality, in Offending the Audience there is no plot. No story is being told at all. Instead, the audience is made aware that what they see is not a representation of anything else, but is in fact quite literal. The actors continuously repeat the point that this is not a play, and that nothing theatrical will happen.

“Shipwreck with Spectator” is an ongoing project. In which the structure ansd taxonomy of representation reinforce the role of language (image) when replacing reality by a copy (that is, placing a substitute – theatrical drama- to reality). Nothing is Real, and those of us involved in the illusion are unable to tell.

Ixone Sádaba is an artist who lives and works in London. She received her MA from the University of the Basque Country and a Postgraduate Diploma from the International Center of Photography in New York.

Awarded with the Generation 2011 Prize and a Finalist of the Sovereign Art Foundation Prize in 2012 among others, Ixone has exhibited at international Art Museums, including the Guggenheim Bilbao Museum, Reina Sofia Museum, MoCCa Contemporary Art Museum in Toronto and the Museum of Contemporary Art of New Orleans.